All our thoughts go to Norway today! 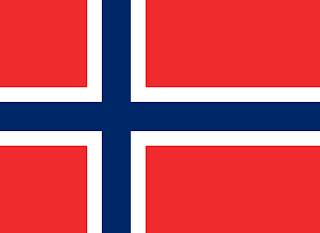 I found myself with nothing to do so I made this film!
Posted by Oscar Krumlinde at 09:55 3 comments:

Climbing in the north 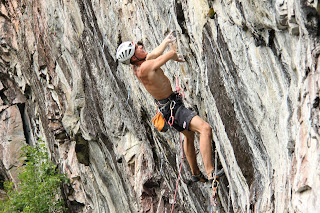 Last week I was visiting my grand parents in the north Sweden. I was not only relaxing at their house or on their boat I also did some climbing.

Two times I climbed at Niemisel, which is one of the best sport climbing cliffs in Sweden and especially for hard climbing.

First time it was 27 degrees in the shadow and the wall is facing south so it was unbelievably hot! Just climbed some easy stuff; it was too hot for me.

Second time was a bit better, mainly because we were there a lot earlier, which made climbing much nicer. I tried a 7c called Great Blondino, which is a long and pumpy route without any real hard moves. Not my style, the fewer move the better…;-) 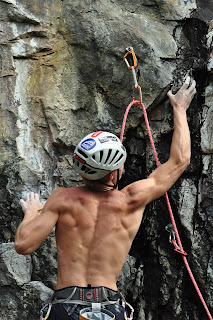 I was struggling with keeping the pump away but I got one really good try one. On the last ‘hard’ move I put my foot too high in a huge crack and in the middle move my foot popped and I fell of…

Anyway I will be back soon, it’s such a good cliff.

The boulder session went better, even if the mosquitos almost killed us, I was able to do one 7A+ and one 7B quite quickly. 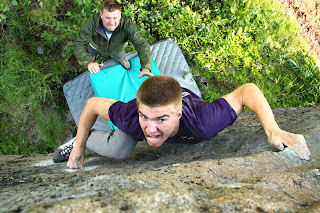 In Stockholm I also had two training sessions at K2, it was great to be back. I also felt stronger than I have done on quite a while, so that was really fun.

The year is over!

Last week, I ended my first year of school in London. It has been a year I will never forget, it has been an amazing journey from September last year until the end of June this year.
My school really support sports, so on the second last day of school they gave out prizes for different sports that students have been able to do after school. I must say I was a proud Scandinavian that day, Sweden, Finland and Norway got most of the prizes! You get a bit patriotic when you go to an international school…
I won the prize for the best overall athlete, I´m really happy for that☺

To go to an international school is different in the way you know that many of your friends will leave in the end of the year and move somewhere else. I have never seen so many sad faces on the last day of school, everyone is saying goodbye to some of their friends. The people that are staying see their friends leave before the summer and see new ones arriving in the autumn. 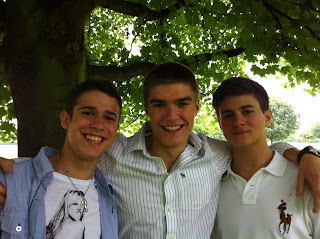 Posted by Oscar Krumlinde at 20:31 No comments: